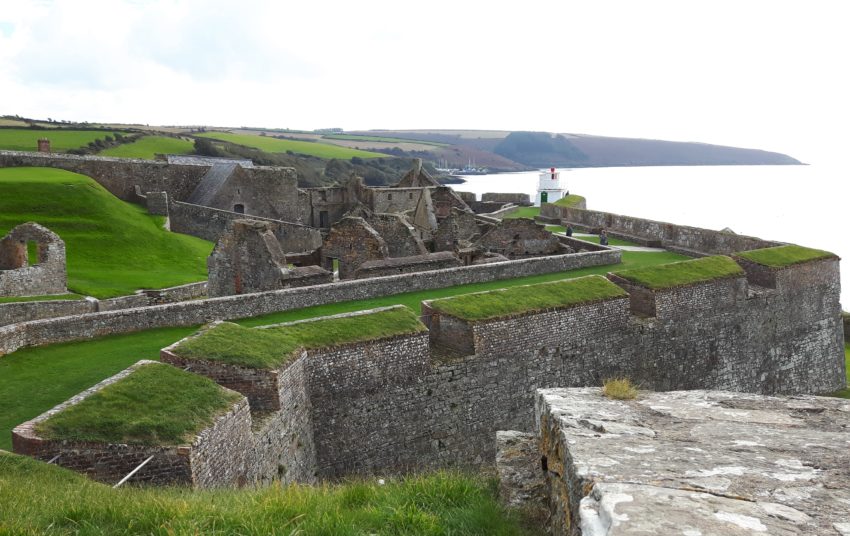 Beautiful Ireland! Our first road trip together took Alex and me to Ireland. We had been thinking back and forth between Ireland and Scotland, because both appealed to us equally. The search for pictures on the internet gave a quite similar and above all very beautiful result for both, left-hand traffic also prevails in both regions, the costs for travel, rental car and accommodation were comparable – so the only argument we had left was that we could pay with Euro in Ireland and thus save the money exchange. However, postponed was of course not abandoned, as the trip to Scotland followed just two years later.

But back to Ireland. We are both still thinking very often of this trip and are looking forward to repeating it and/or discovering other regions of Ireland! We especially liked the area near Killarney, as well as Galway’s pub atmosphere and Dublin’s animated streets with lots of nice little shops. Despite our trip in mid-October we only had rain on the last day and only in the afternoon, so we did not regret choosing Ireland as a destination in autumn.

Thematically we put a focus on nature. Ireland’s luscious green as far as the eye can see has something relaxing about it, but at the same time rougher corners like The Burren give more character. Another focus was on (pre-)historic sites. Here, we were especially impressed by Newgrange, but also the Poulnabroune-Dolmen, Charles Fort and Muckross Abbey were worth a stop in our opinion.

View the route on Google Maps. The kilometre and mileage figures also include the detours described.

Remember that this is left-hand traffic!

We were very happy with the different stages and would not change them. But of course you can choose which route exactly you want to take and where you want to make small stops for sightseeing. Once in a while I will therefore suggest different variants.

In case you have a day more at your disposal, we recomment to plan a detour to Connemara, either as a day trip from Galway and therefore stay two nights in Galway or with an overnight stay directly in Connemara.

Those who do not want to do this tdirectly upon arrival can start the first day by picking up the rental car, for example at the airport. Then off you go!

The impressive megalithic tomb Newgrange is suitable as a stop on the way, also because the route is not too long and you can get used to driving on the left if necessary. There, you can also eat in the museum restaurant before continuing on to Galway.

In Galway, you can then get to know the famous pub culture in the evenings and have dinner or jsut a beer in one of the many pubs with live music.

Monday: Drive from Galway to Killarney (251 km = 156 mi, if you combine both described variants)

For the drive from Galway to Killarney, we definitely recommend to make a detour via The Burren instead of directly taking the motorway. But even then you still have the choice between different routes. In particular, you can either stop at the Cliffs of Moher or stay inland and visit the Poulnabrone-Dolmen and Caherconnell Fort. It is also possible to combine both, but we found the route a bit too long, as the small roads in The Burren are rather slow and the trip then takes quite a long time.

At that time we decided to take the variant via the very well preserved Poulnabrone-Dolmen and Caherconnell Fort. Although we found the latter a little less interesting, I still wear the Caherconnell ring, which can only be bought there. Here, we also ate the ubiquitous Irish leek and potato soup!

One aspect why we would have liked visiting the Cliffs of Moher, however, is of course that some scenes from Harry Potter and the Half-Blood Prince were shot there! Against the background of the impressive cliffs, Harry Potter and Professor Dumbledore were looking for a Horcrux.

Tuesday: Killarney or Ring of Kerry

As a small break we recommend to spend two nights in Killarney, so that you do not have to pack your suitcase and move every day. And although the purpose of this blog is not to advertise hotels or the like, we cannot hide the fact that we are still dreaming of the delicious cakes and pancakes and cocoa with marshmallow that Serena prepared for us for breakfast at the Sika Lodge!

Around Killarney, there are different ways to spend the day. On the one hand you can of course visit the famous Ring of Kerry. Or also a little north of Killarney the less known Ring of Dingle, after which the Dingle Pie is named, which we already presented to you!

But we would rather recommend to not take the car for a day and take a little break from all the drives. The Killarney National Park is perfect for this. We found it the most beautiful area on this road trip and you explore the park easily with a rented bike. Not far from the park’s entrance you can stop at Ross Castle, Torc Waterfall, Muckross House and the seemingly enchanted ruins of Muckross Abbey. With a bit of luck, you may also see deer and stags here.

Also on the drive from Killarney to Kilkenny you will find some beautiful stops. First, we recommend to visit the colourful fishing village Kinsale on the south coast and have a second breakfast in a café. With its numerous very original house facades a walk through the village is definitely worthwhile.

Only a little further on, you can visit the Charles Fort and thus get to know another aspect of Ireland’s history.

Later, you can stop at the Rock of Cashel. Even if neither Alex nor I can say exactly say why we were not as impressed by this monument as one reads everywhere, it certainly is an imposing historical site worth visiting. Moreover, we were lucky to see a complete rainbow in the evening sun from there, which is something we remember very much. But the town of Cashel itself is not very special, so that we would rather continue driving to Kilkenny and stay there over night.

For the last day of the trip, we had initially planned a detour to the region of Wicklow and there especially to Glendalough and the Wicklow Mountains National Park to see the remains of the monastery buildings and to take a walk in the national park.

But then we felt more like having a little more time in Dublin and so we drove directly to Dublin without stopping. On arrival, you can return the rental car, then it is done and you save a day’s rental fee.

One day left to stroll through the animated streets of Dublin with their numerous small shops. You can find these especially around the George’s Street Arcade, which in itself is definitley worth seeing, and even normal shops like H&M are set in spectacularly decorated old buildings. We also enjoyed walking around Trinity College campus, St. Patrick’s Cathedral and along the Quays. A bit more difficult was the famous Temple Bar quarter: It should surely be on your to-do list, but it is so overrun by tourists, that it is overcrowded and has lost its initial charm.

Which of the places described here appeals to you the most or which one did you like best? And which stop would you add to the list? 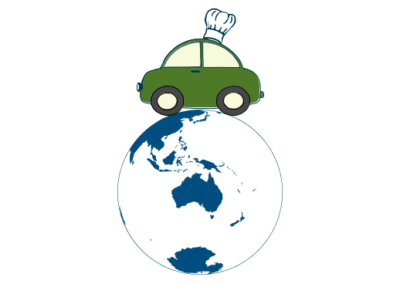 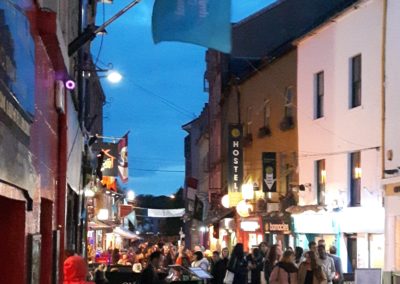 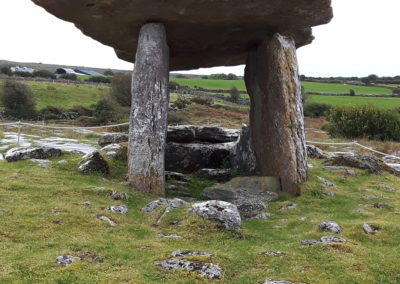 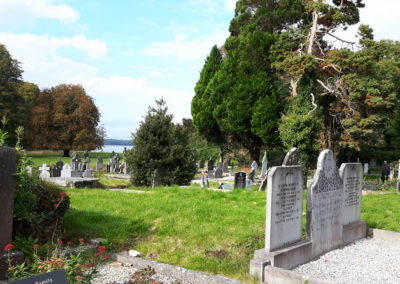 Cemetary at Muckross Abbey in the Killarney National Park 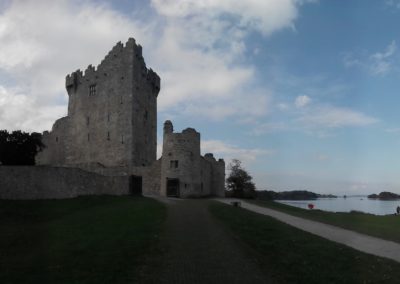 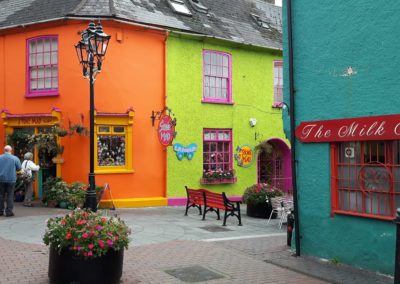 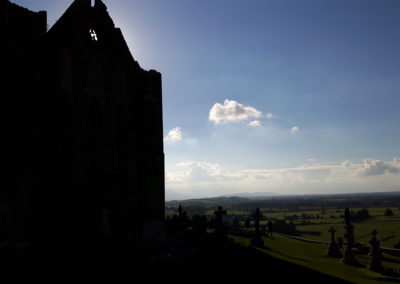 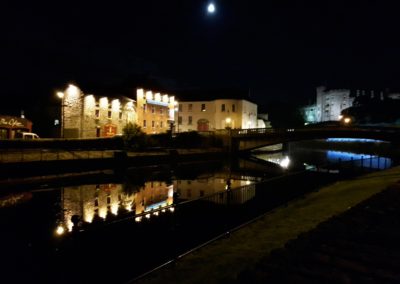 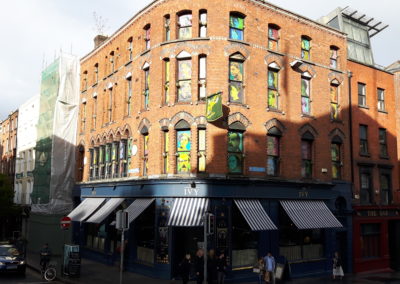 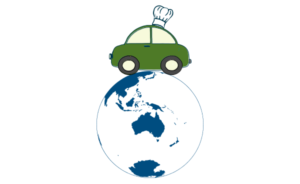